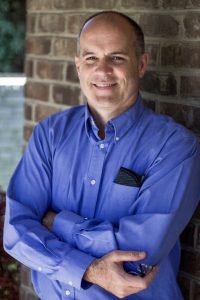 David Johnson completed undergraduate studies at Brigham Young University in 1992, after which time he received his Master of Physical Therapy from Baylor University in San Antonio, Texas.  David then completed a three year residency in Electroneuromyography (EMG) at Ireland Army Community Hospital in Fort Knox, Kentucky.  He went on to become the senior electroneuromyographer and then Director of Residency in EMG at the same hospital.

David joined the Neurological Associates team in 1999, and has performed over 20,000 EMG procedures in his career.  David often travels with his medical equipment to serve smaller communities throughout the state of Utah, where EMG services are not available.  David’s passion for helping and his unique experience allow him to benefit the lives of many people.

David is certified by the American Board of Physical Therapy Specialties in Clinical Electrophysiology.  He contributes to the academics of EMG as a frequent guest lecturer and researcher at Rocky Mountain University of Health Professions in Provo, Utah.

Nidia has been Dave’s secretary for over a decade. When she is not dedicating herself to her patients, she loves photography and her family.